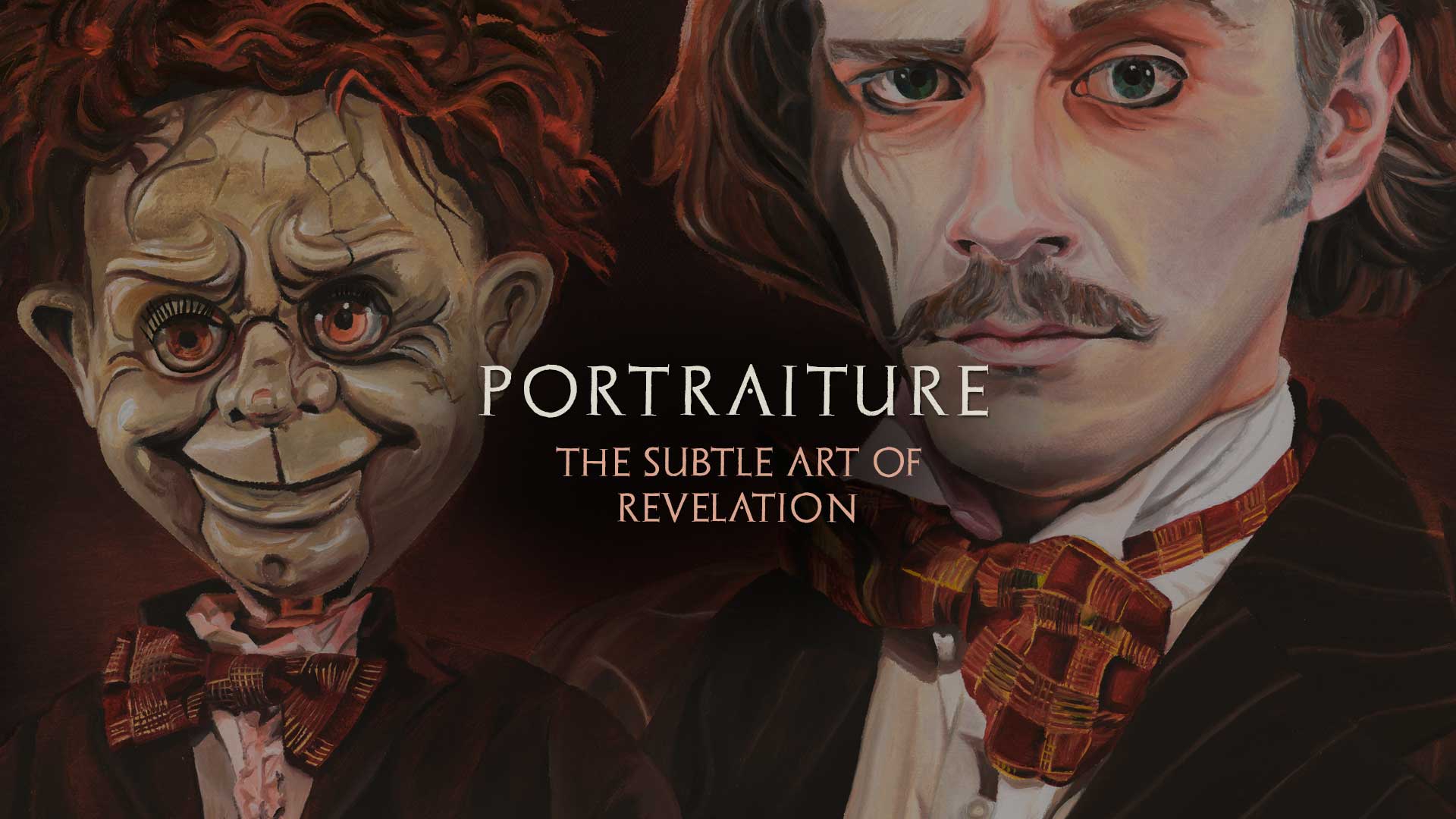 I’m not a trained portrait artist but in recent years I’ve been asked to paint a number of portraits. As I frequently work from a variety of images or from still life to create compositions and know that I have a good eye for detail and colour, I realised that portraiture, using images, would not be too different from how I normally work. That said, one day I received a commission that turned out to be a lot trickier…

The portrait I was asked to do was of World War 2 naval veteran called Hugh, now sadly deceased. The image I had to work from was from a 1942 newspaper article, it was black dot on sepia/pink paper and approximately the size of a postage stamp. It showed the head and shoulders of a serious looking young man in his junior officer’s uniform. The brief was to create a colour portrait in oils 20”x16” to bring him ‘back to life’ for his surviving family.

This was going to be the most daunting commission to date, one in which I needed to do justice to the subject and to meet the family’s expectations. As the image had no colour I needed to find out about the younger man’s hair and eye colour and I also had to research the details and colours of both his cap badge and his uniform. Even with this information the most challenging element was going to be achieving the correct skin tones, shadows, mid-tones, and highlights.

As I started painting a strange thing occurred, the more time I spent looking at Hugh, becoming familiar with the shape of his face and lips, the curve of his nose and the look in his eye, the more my sense of connection with him grew. It felt almost at times as if I were conversing with him. I was trying to find a balance between the realism of the photograph and something more, a sense of what he might have been feeling in that moment as young man going to war. My ambition was to capture as much of that as I could in the finished portrait. I wanted his family to not just see a ‘good likeness’ of their father but also to feel some of the emotion I had felt whilst painting it. Happily, their feedback was both joyous and very emotional, they were delighted with it.

As a footnote, they found a second sepia photograph, also of similar size, this time of a smiling Hugh taken during his investiture at Buckingham palace of his DSO, they asked me to paint a second portrait, the two now hang side by side, Hugh at the outset of war thoughtful and a smiling Hugh having survived the perils of the North Atlantic campaign.

Like London buses portraits of veterans seem come along in threes! Shortly after finishing the second portrait of Hugh, I was asked to paint a portrait of another veteran of the Second World War, this time of a newly commissioned young flying officer. The photograph (also in black and white!), was taken when he was in Canada training to fly Lancaster bombers. A portrait that came with the same challenges and difficulties that those of Hugh’s had. The reaction to this one by his eldest daughter was it brought tears to her eyes and to the son for whom it was commissioned, a stunned silence. A day later he said “please don’t think I didn’t like it; it was just that I was so moved I couldn’t speak”.

On a different note one of my ‘favourite’ portraits was “The Wedding Couple” one in which I was free to indulge my interest in the use of symbolism to embellish the portrait and to tell a story. In so doing I was able to create something both personal and unique to the couple.

I see portraits as a celebration of life and, as an artist, it is in attempting to find that elusive balance between the visible image and the deeper truths of who and what we are that the challenge lies. Portraiture for me is the subtle art of revelation.