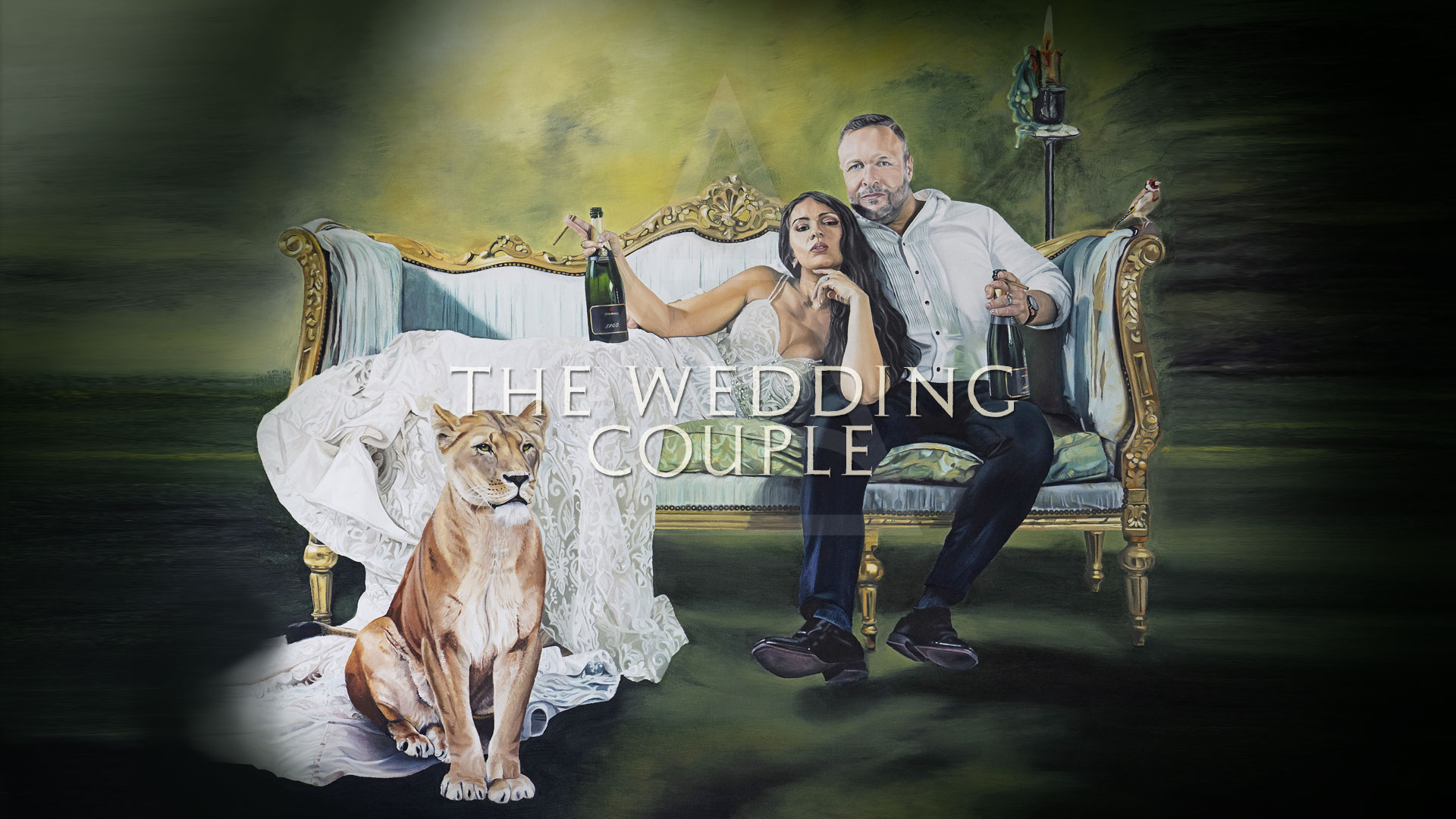 I was commissioned to paint a portrait for a couple that had recently got married and wanted to capture their extraordinary event in a painting.

I met up with them to discuss their initial thoughts and ideas and after enquiring as to whether they wanted something traditional or more unusual, they said they were completely open to whatever interpretation I thought would work – cool!

The couple supplied me with a selection of photographs that I used to create two ideas, one that was very traditional focusing on both their faces but with a contemporary feel, and the other was an ‘Anna-Marie’ special! My idea was to use the style and symbolism that was used by the Pre-Raphaelites and make it sumptuous and majestic. I presented both ideas as a photographic visual and each of them chose the Pre-Raphaelite concept, to which I was thrilled.

One of the photographs fired my imagination – they were lying on an antique sofa at the end of the evening, very relaxed and decadently holding a bottle of champagne and cigarillo. Her intricate lace dress was cascading down to the floor and fanned out in such a position, it looked like a waterfall. Spending time researching Pre-Raphaelite painting styles and themes I decided to position a lioness on the floor just in front of them looking very imposing but serene – she represented ‘protection’. On the arm of the sofa I perched a Goldfinch for ‘happiness and prosperity’ and in the background I placed a burning candle, which represented ‘everlasting love’. The background was painted with a soft brush indicating a countryside landscape that was in keeping with the characteristics of the theme. I chose a large canvas 100cm x 100cm so large enough to have a good presence on any wall and chose to paint it in oils. The colour palette was carefully thought about, keeping the same tones and colours to hold the painting together and create symmetry.

The grand unveiling of the painting produced a fantastic reaction and the couple was elated with the outcome and expectations were surpassed.

If you would like to discuss your own personal commission then please get in touch for a relaxed chat. 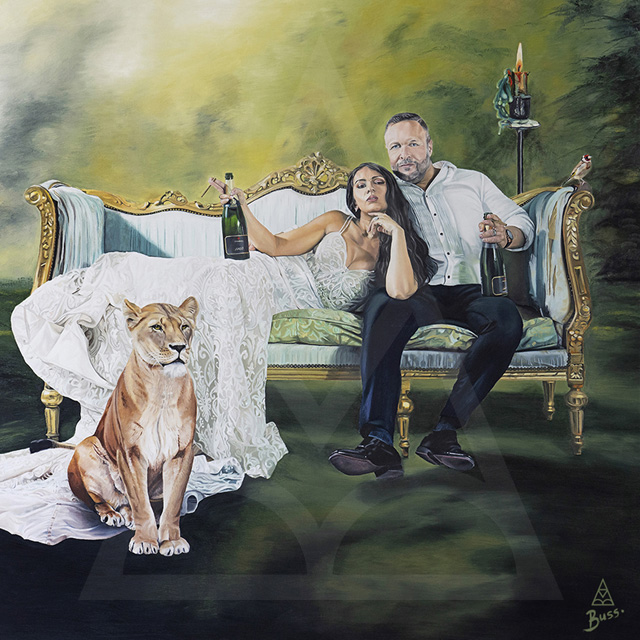 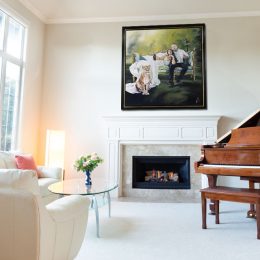 The Wedding Couple above the fireplace 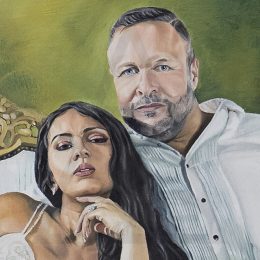 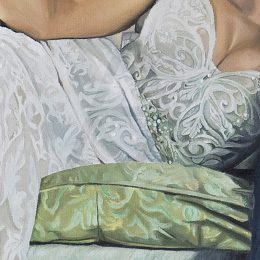 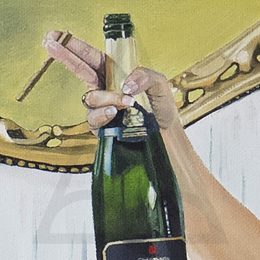 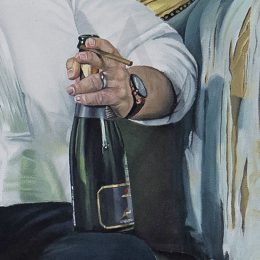 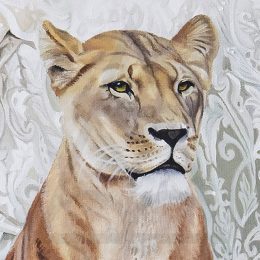 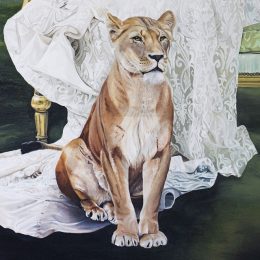 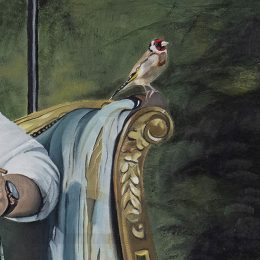 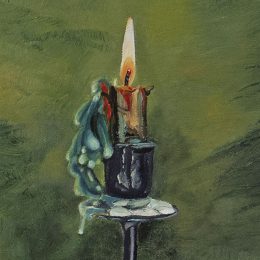